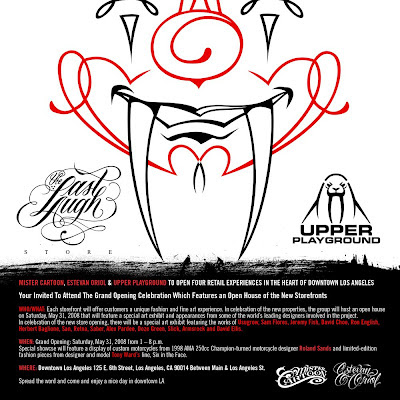 Upper Playground LA, along with Mister Cartoon and Estevan Oriol's respective retail spaces, "The Last Laugh," will be celebrating their grand opening tomorrow, May 31, from 1—8PM. Come down to Skid Row and enjoy the fun.

As well as the three retail spaces celebrating their grand opening, a fourth retail space, serving as a revolving concept space next door to UP LA and "The Last Laugh," will occupied by Roland Sands Designs. During the open house, it will feature a display of custom motorcycles from 1998 AMA 250cc Champion-turned motorcycle designer Roland Sands and limited-edition fashion pieces from designer and model Tony Ward’s line, Six in the Face.

I am not normally one to get too political in my art, unless of course you look VERY deeply into some of my naked 4-armed retarded beasts or my over-cross-hatched wrinkles.
However, I am a huge Obama supporter and I JUMPED at the chance to help out in any way I could with the campaign.
I am honored to participate in Upper Playground's OBAMA 2008 Campaign, in which a select handful of artists (Shepard Fairey, The Mac, Sam Flores, Munk One, Morning Breath, among others) have donated exclusive campaign art and designs that are being used on screen printed posters (courtesy of the amazing BURLESQUE DESIGN guys!!) to campaign around the remaining primary states. All proceeds from the sales of each poster will go directly to creating more campaign T-shirts, posters and stickers by other artists.

The poster that i did is available in 2 different colorways and is something that I am extremely proud of!

FOR MORE INFORMATION AND TO PURCHASE THE POSTERS, CLICK HERE! 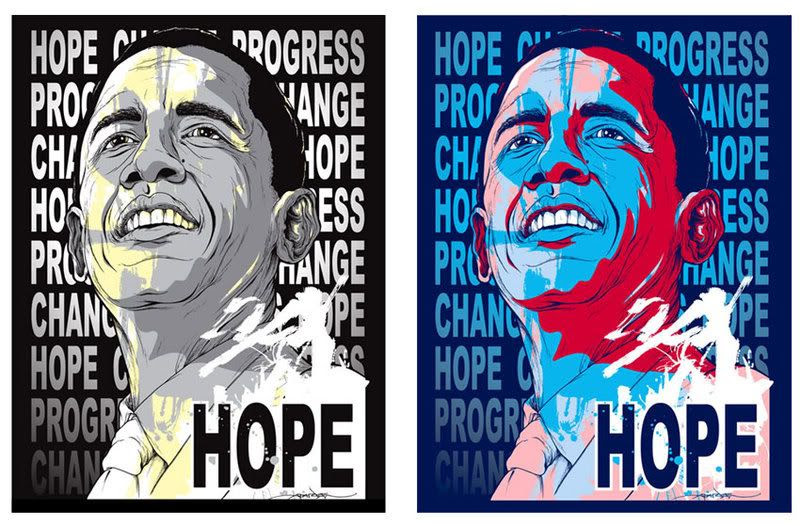 Regurgitated by alexpardee at 5:02 PM 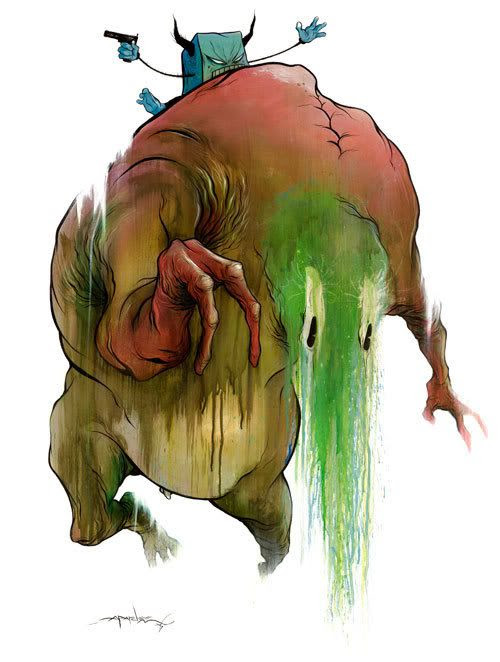 My face feels like its melting.
Not because i have been drinking Deathklok riffs for breakfast.
And not because i decided to bob for apples in the Toxic Avenger's piss.
Sometimes...you just wake up, and your face feels like it's melting. Like your face is too lazy to even tense itself up enough to keep all of your facial features intact.
Unfortunately, I have woken up with lazyface every morning for the last week because I have been overwhelmed with a bunch of projects.
I think Eeyore probably felt like he had lazyface every day, but he didnt, he was just a fucking negative bum.
Anyway, in the midst of my body's onslaught from the Lazyface virus, 5024SF and I decided to put up a little secret, unadvertised show over at the new UPPER PLAYGROUND STORE IN BERKELEY, CA on Telegraph ave.
So i holed up in a bunker for a bit, channeled Vigo from Ghostbusters 2, and knocked out some quick paintings that, when finished, pretty much perfectly (though unintentionally) portrayed the way i have been feeling since this Lazyface virus hit me.

As of tomorrow, the show will be on display with a handful of brand new paintings, alongside a few of my other favorite recent paintings. So if you are in the area, and want to escape from the bullies who try to sell you knitted beanies and way too much incense, duck into the Upper Playground store and check it out.

You can view most of the new pieces OVER HERE , and I believe the paintings will be on sale HERE. soon. 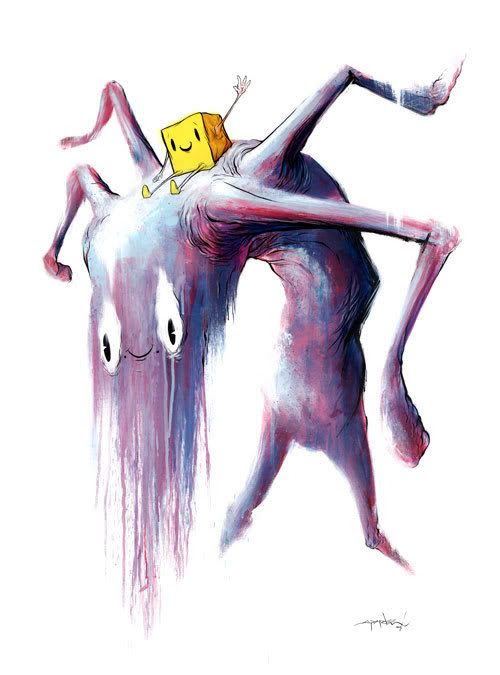 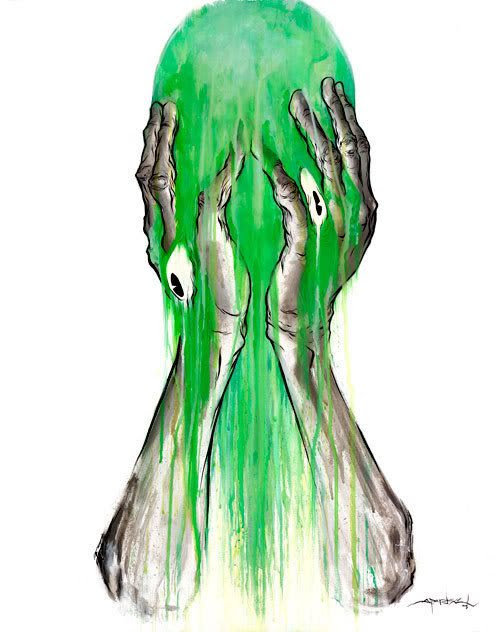 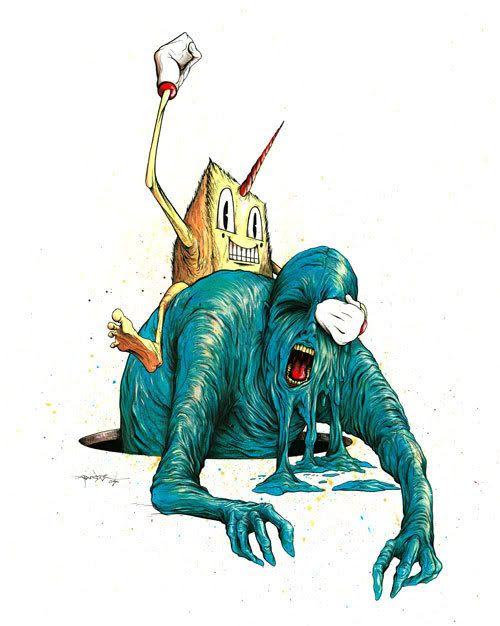 Regurgitated by alexpardee at 8:24 PM