I recently ventured down to southern California with the rest of the ZEROFRIENDS guys to set up camp in the middle of the desert with a big circular robot, a bunch of inks and an alchemist named Juan. Our goal was to make new things for you to wear. Well, we did it! And tonight at Midnight Eastern (9 Pacific) I'll be releasing a brand new 12-color screenprinted t-shirt based on my "Sp'eye'derman" painting that I painted live in our ZEROFRIENDS SF store a few months ago. The printing is insanely detailed, thanks to our long-time printing team at Bear Designz. Here's the details. See you invisibly online tonight!

**BONUS RAFFLE ALERT!" We have 5 Limited Edition 20" x 16" Sp'EYE'derman" Prints available to give away to our customers this weekend! If you purchase this "SP'EYE'DERMAN" shirt NOW through Sunday, March 2, you will be automatically be entered into a raffle to win 1 of the 5 prints. No purchase necessary, to enter the raffle, send a postcard (must be postdated by March 2) with your information to our ZEROFRIENDS SF retail store (419 Haight St, San Francisco, CA 94102). Winners will be selected at random on Monday, March 3rd. 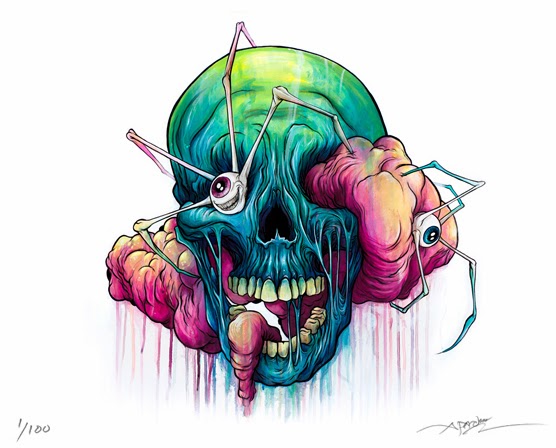 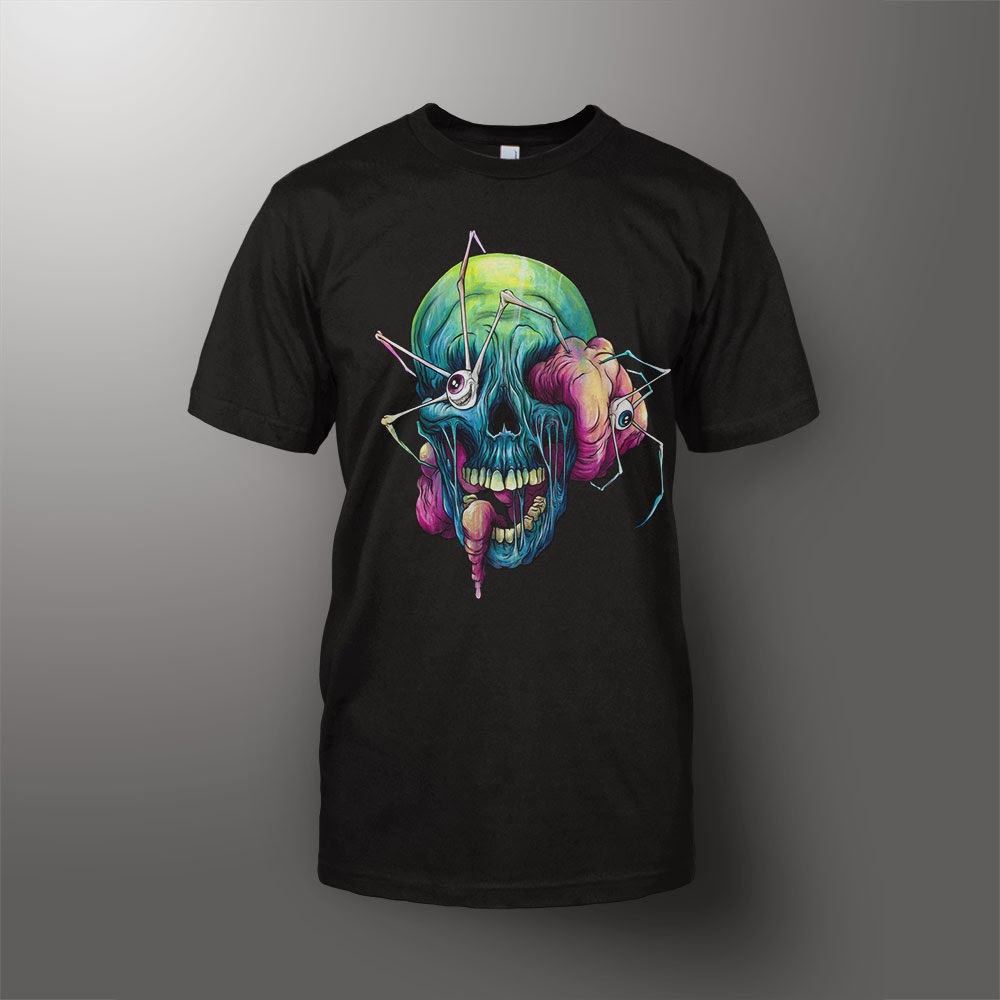 Regurgitated by alexpardee at 5:42 PM

Myself and Dave Correia will be drawing alongside some other art maniacs this SATURDAY at our ZEROFRIENDS store to celebrate zerofriends's 1 year anniversary in SF. Tons of fun weirdos will be drawing. Come say hi and hang. Sorry no bath salts this time! Other artists include Dave Correia, Nate Van Dyke, Matt Ritchie, Robert Bowen, Wayshak, Lauren Ys, Superugly and more! 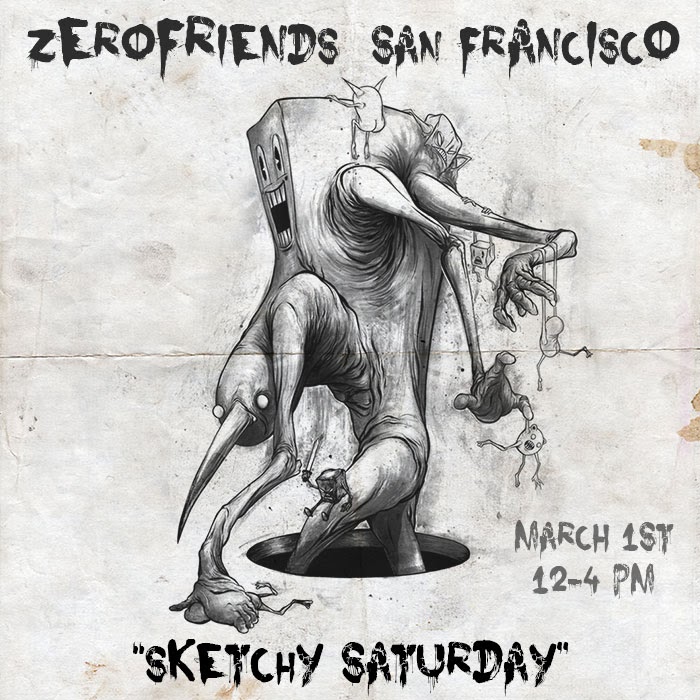 Regurgitated by alexpardee at 3:16 PM

"THE DISASTER ARTIST" PRINTS ON SALE THIS VALENTINE'S DAY!

You can jump ahead to the bottom of this if you just want to know what we are releasing on this super romantic VALENTINE’S DAY, but just in case you are curious why we are selling a limited print of a shirtless Seth Rogen gazing into the eyes of a cross-dressing James Franco, and how awesome that is, you should keep reading first!

There’s a movie that was released in 2003 called “THE ROOM”, which is intended to be the most romantic and most exciting movie ever. Perfect for Valentine's Day. Well, this movie is actually terrible. And by terrible, I mean uncannily INCREDIBLE. If you have never seen it, “don’t worry about it.”

Since it’s release in 2003, it’s become the “Citizen Kane” of bad films, which also means that the CULT of insane fans that have forced it to be played every weekend at theaters all over the world is a rabid and loyal cult. I am happy to admit that I (and all of us here at ZEROFRIENDS) am part of that cult.

Simply put, I LOVE “THE ROOM”, and I love every nuance, character and internal event that made it the beautiful mess that it is. 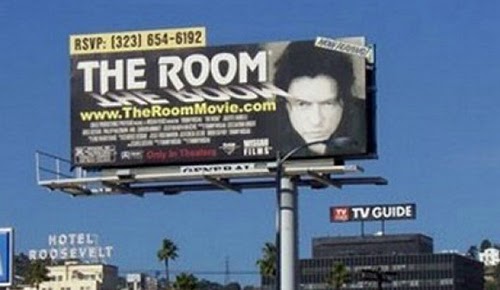 Long story short, I somehow became good friends with “The Room” co-star, Greg Sestero (Oh Hi Mark) during the time that he was in the middle of writing a memoir along with Tom Bissell about the “making of” The Room and I began helping out with doing some promo art for the book (I even got an awkward photo of myself in the book!). 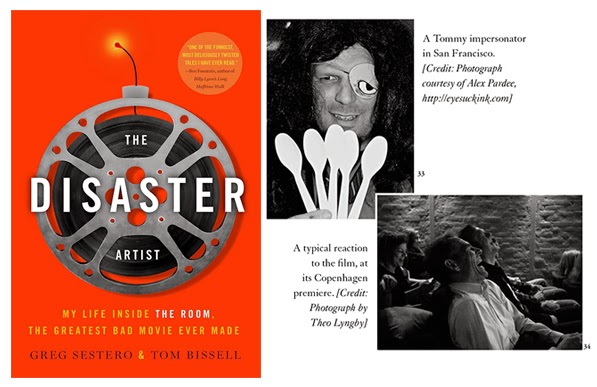 Well, now, after the book, aptly titled “The Disaster Artist” has been released to high praise, it’s authors, Greg Sestero and Tom Bissell just joined forces with my favorite 3 comedy amigos James Franco, Seth Rogen and Evan Goldberg to announce that they will be producing and directing a feature film version of “The Disaster Artist”. Yes, there will be a hilarious movie that is based off of an incredibly hilarious book about the making of an unintentionally hilarious romantic movie that was originally an even worse romantic play! 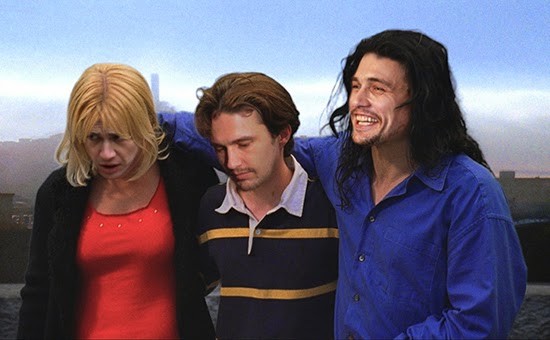 And guess what’s even MORE ridiculous? I got to DRAW the announcement of the movie for Greg, James and Entertainment Weekly (which you can read the announcement HERE)! Ok, so without further ado, here is what I am releasing this VALENTINE’S DAY exclusively on Zerofriends.com

2 DIFFERENT (but equally disturbing) VERSIONS OF MY EPIC ROMANTIC “DISASTER ARTIST” PRINT WILL GO ON SALE ON FEB 14, THIS VALENTINE’S DAY AT NOON (Eastern, 9AM Pacific).

Here are the details for the 2 different versions of the print. Oh hi, details! 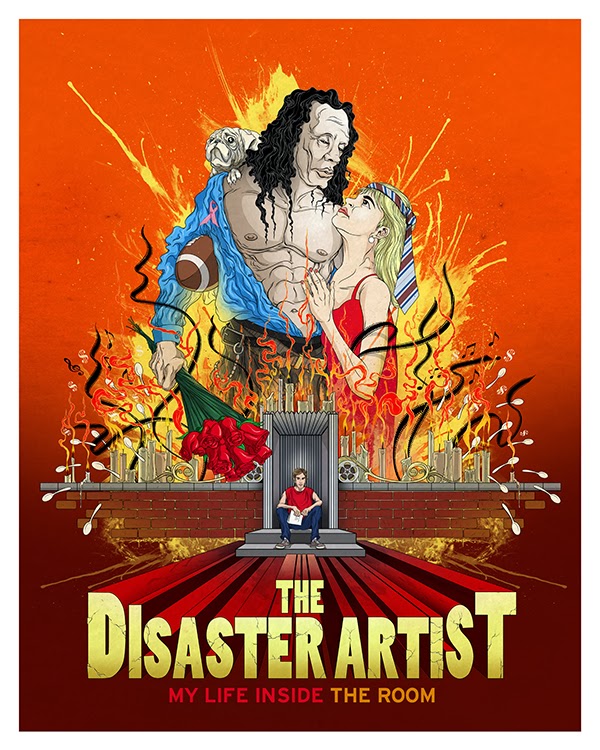 “THE DISASTER ARTIST: STARRING TOMMY AND LISA”
By Alex Pardee
Limited Edition of 100
16” x 20”
Printed with archival ink on velvet cotton rag paper
Signed and numbered by Alex Pardee
$50.00 Each 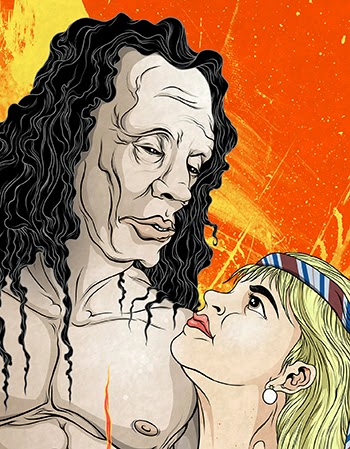 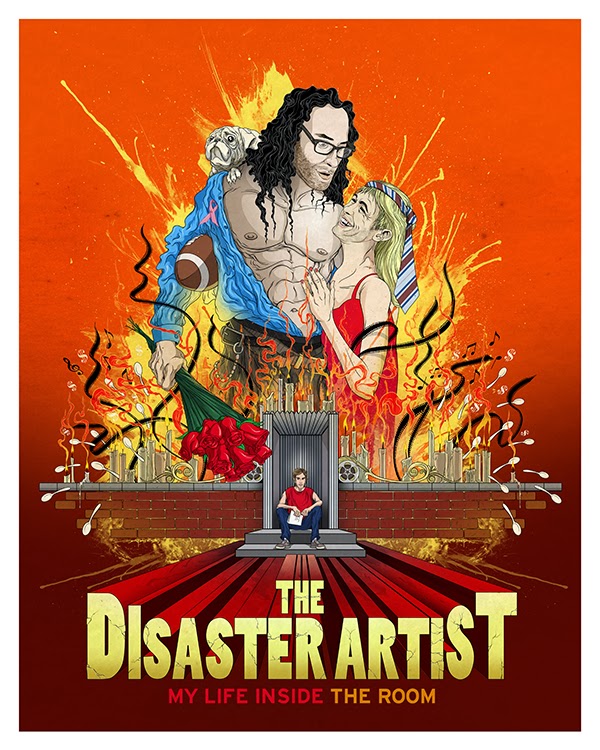 Detail of the "BOUND 4" VARIANT: 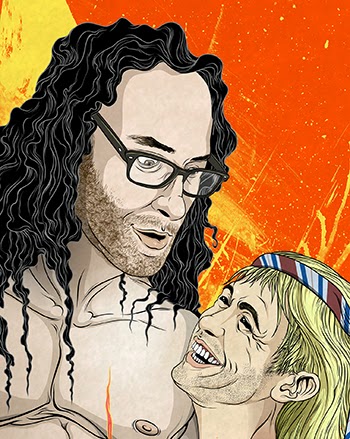 Done both of those already? Well then just sit down and while you are anxiously awaiting the release of these prints, PLAY “THE ROOM” VIDEO GAME HERE

OK I have to go now byyyyyyeeeeee!

Regurgitated by alexpardee at 7:12 PM

We here at Zerofriends did 2 things this week that we had a lot of fun doing:
1. We finally dusted off the old shrink ray-gun and figured out where that pesky "reverse" switch was on it, then pointed that gun right at the hearts of 4 of our long-sold out limited prints, just to see what would happen, and…
2. We called up our sexy friend, Huge Prince, to announce this weekend's release, which is, suitably, new Huge Prints.

Yes, as Huge Prince just announced, we will be releasing 4 more 24" x 36" Extremely Limited Giclee prints signed and numbered by me. There is no way the internet can do these prints justice. If you have ever bought one of our prints, just imagine that print, but BIGGER!

Printed with magical and archival inks on Velvet Cotton Rag paper and signed in GOLD INK, these prints are each limited to an edition of 30 and will be available to purchase exclusively on ZEROFRIENDS.COM starting this THURSDAY NIGHT (Feb 6) at midnight (Eastern, 9 PM Pacific).

Detail of "The Backpack"

Regurgitated by alexpardee at 3:51 PM