My "Attack Of The Show" Feature Video. GAZEEEEEE


The other day I was featured on G4’s “Attack Of The Show”, where I attempted to hypnotize viewers using a spherical mirror disguised as the top of my head. If you are ok with risking a possible seizure by gazing into my disguise, WATCH IT HERE!
Regurgitated by alexpardee at 10:02 AM 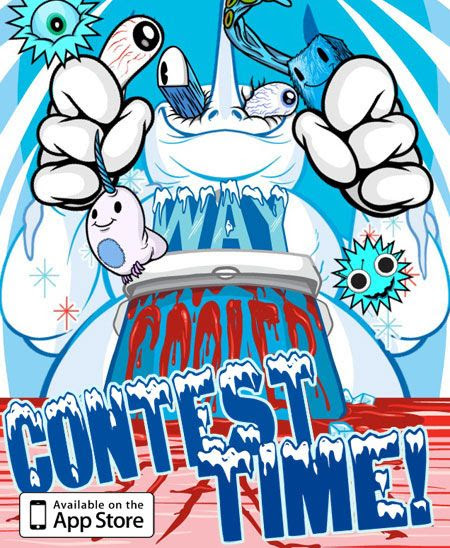 I know it's late, but it's never too late to announce WINNERS!!!

Playing catch up from my trip to Portland for Dave Correia's solo art show and getting lost in the Sea-Woods with Chloe, I would like to finally announce the WINNERS of the first 2 (out of 6) WAYCOOLER LIMITED PRINT CONTESTS!
But first, like all of those dancing and singing reality competitions, I can't just announce the winners right off the bat and move on. No. I have to instead show you OTHER things first. You know, to prolong the tension and milk the sponsors that I don't have.
So first, if you don't know what's going on with these contest, but want to win an exclusive print, and have an iPhone, and love being creative, LET'S FILL YOU IN LIKE A SCANTRON!

Wait, first of all, YOU HAVE THE WAYCOOLER APP, RIGHT?! NOOO??!!! Fine, then do every photo that you have a favor and DOWNLOAD IT HERE NOW FOR FREE!
OK, good. So, you want to see what you can WIN first, courtesy of myself and ZEROFRIENDS?
Word! 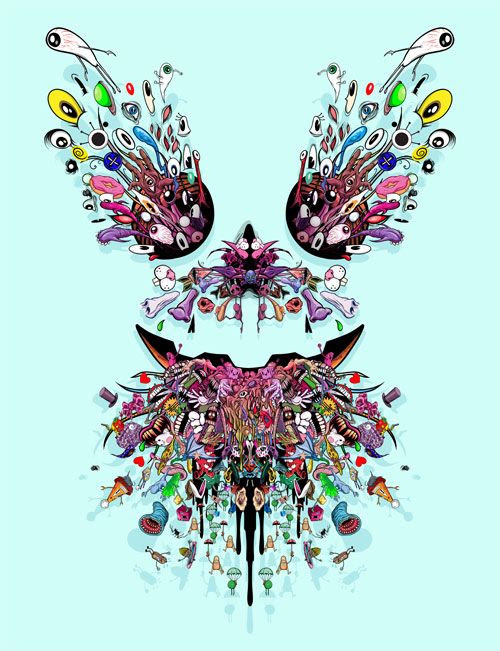 "The Assets Of Cool" Limited Giclee Print
Designed by me, using all of the initial assets of the WayCooler app.
Limited Edition of 60
Signed & Numbered
17" x 22"
Note, this print is NOT available for purchase and never will be sold online from Zerofriends.
Here's a little detail of the vomit on the print: Ok, now, here's how you can WIN one of these 60 prints. Each week for the next 6 weeks, we will have 6 different contests, and once a week we will be giving out ONLY 10 of these prints to 10 winners of each contest.
Make sense? Over the course of six weeks (2 which have already passed), one contest a week, 10 winners per contest.
The contests each consist of submitting a photo or photos via email, created on with the WayCooler iPhone or iPad app.

Here's the basic rules:
1. Use the WayCooler App to manipulate a photo or create a photo from scratch that fits the guidelines of the current week's specific contest.
2. Have FUN.
3. Save the image to your photo library so you have it.
3.5. Make sure you are STILL HAVING FUN.
4. Upload it ANYWHERE (Facebook, Twitter, Tumblr, Instagram) and tag it #WayCooler
5. Email the image, along with your name, phone number (if possible), correct email address as well as WHAT SPECIFIC CONTEST YOU ARE ENTERING to waycoolerest@zerofriends.com
6. Each Monday following the deadline of the contest, 10 winners will be chosen by all of us at ZEROFRIENDS and 99CentBrains, and we will contact the winners directly and announce them shortly after.
7. Go have FUN! Make another one! There will be no limit to the number of different entries you can submit, but you can only win ONE print per contest.

Contest #1: Deadline July 28 "Low-RezUrrection" - Bring an inanimate object to life.
Contest #2: Deadline August 4 "DraCooler" - Make a famous horror icon from scratch.
Contest #3 GOING ON NOW!!!!: Deadline August 11 "Car Tuning" - Customize a car and make it WayCooler.
Contest #4: Deadline August 18 "3 Amigos" - Create a 3 panel comic strip, using WayCooler combined with the "I'd Cap That" (or another similar) free app.
Contest #5: Deadline August 25 IllustrHATEr Make a grotesque, outlandish or even offensive charicature of yourself (or someone else)
Contest #6: Deadline September 1 The GIF That Keeps On GIF'ing. Create an animated GIF, as simple or as complicated, as silly or as cool, out of images created with WAYCOOLER.

Now, I present to you the winners of the first two weeks (in no specific order, names of artists below):
Contest #1 was "Low-Resurrection" where the object was to make an inanimate object come to life emotionally using the #waycooler assets.
Here are the winning entries:

Now, onto Contest #2, "DraCooler", where the object was to create a famous horror movie icon from scratch using only WayCooler assets. Now, there were a TON of entries that were amazing, and a lot of people sent in multiple entries, all of which were incredible. And some of the entries were so well done artistically that it was almost too hard to believe. But one of the things we were looking for was not just artistic talent, but also creative use of assets and overall, just fun. So take a look at the winners. They are insane.

That's it for now, see you next week with more winners! DO IT!
Regurgitated by alexpardee at 10:30 PM

HELP OUR FRIEND BY DRESSING YOUR WALL IN PRETTY CLOTHES! 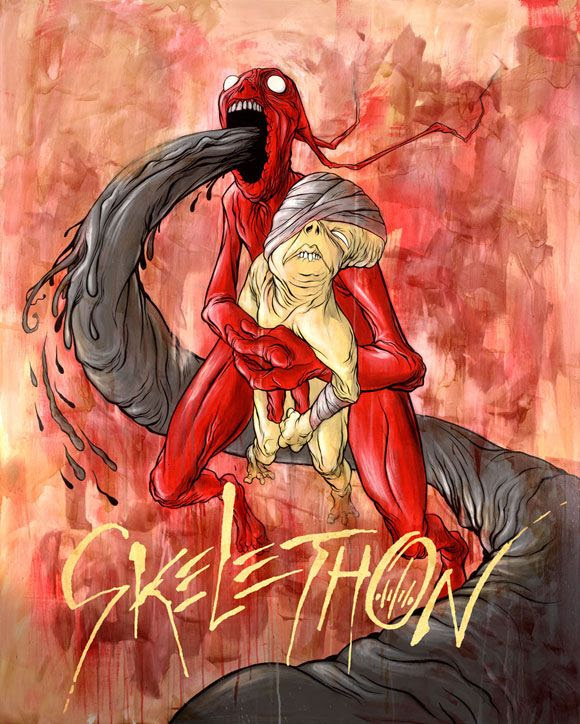 Hello everyone everywhere. If you are a fan of amazing music, then you may know that our good friend and longtime collaborator Aesop Rock released his new solo album Skeleton on July 10, and kicked off his US tour July 13.

However, On July 15, hours before his 2nd show of the tour at the Fillmore in SF, someone broke into Aesop's tour van and stole all vital stage gear, forcing Aesop to cancel the show.  It took thousands of dollars to quickly replace all the audio/visual equipment they needed to be able to continue the tour to avoid cancellation.

In order to help recoup anything we can to compensate for the stolen and replaced equipment while they are on the road, we here at ZEROFRIENDS got together and I designed a limited edition 'Skelethon' giclee print to be released THIS FRIDAY AT NOON PACIFIC TIME.


The limited print is an edition of 125 and measures 16" x 20". It will be signed by BOTH AESOP AND MYSELF and sold exclusively via ZEROFRIENDS starting Friday Aug 3 at noon pacific time.

All proceeds to Aesop to help him cover his costs. Thank you all for your support.
Regurgitated by alexpardee at 11:06 AM