For years of my life, all I ate was TOP RAMN.

Bay area independent rapper TOP.R is an extremely talented artist and a very interesting person.
The very first day I met him, around 1995, I was at the Albany wall painting with Use, Quake, Posh, Ole, Dalek and a couple of other people, when TOPR, who then may or may not have had pink hair and just got out of jail for the night, gave me a nice big John Elway smile and said "Who are you supposed to be, faggot?"

This was the beginning of our beautiful relationship.

Flash forward like the new season of Lost. Its 12 years later. We've worked together a ton of times, he's lived on my couch and got everyone sick, we've travelled together, and complained together. Our relationship has, indeed, matured.
I know this for sure because when I presented him with the artwork for his new album, he responded with "This is what you call art, faggot?"

So, now, as loveable as he is, and as good of friends as we have become, i am very proud to be a part of TOPR's new album, "The Marathon Of Shame", which I think is his best work to date. This is his 7th album, and it's being released tonight at Topr's record release party at 12 Galaxies in San Francisco.
Also Performing are resident rad-asses:
DJ Quest, Conceit, Ras One, and more.

here is the artwork and also, SF WEEKLY ran a review of the album too, so check it. 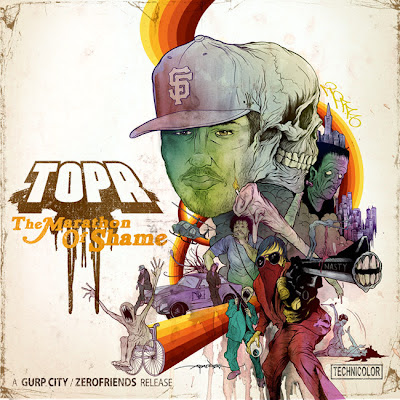 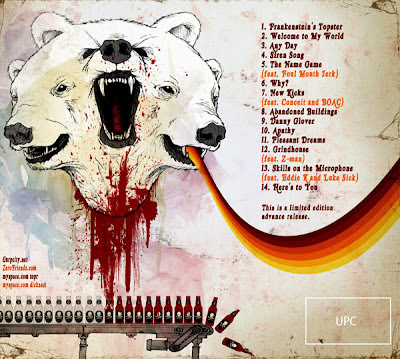 Regurgitated by alexpardee at 1:41 PM