So, after a while in the making, the new DVD / Live CD from THE USED is coming out on Feb 6th, 2007, which i did all the packaging design / art for. This is really just some transitional art before the new CD drops in April, which, both visually and musically, is gonna be as awesome as a giant 2 headed scorpion single handedly destroying a city of angels with his flame-tail.
More on that later. On a side note, the Wicker Man with Nicolas Cage, unlike the original, is neither about wicker, men, or a giant male schoolteacher made of wicker that teaches drug safety to students who are prone to wicker-ish diseases, which i was made to believe by my imagination. And, on that note, Lady In the Water sucks too, as it is just a more pathetic version of Splash, with the addition of cgi dogs and a stuttering, out of shape wino.
In the meantime, I'm working on my first solo show at 5024SF, which i am following my good friend Craola, which is probably the most stressful thing that has happened in a while.
Yes. 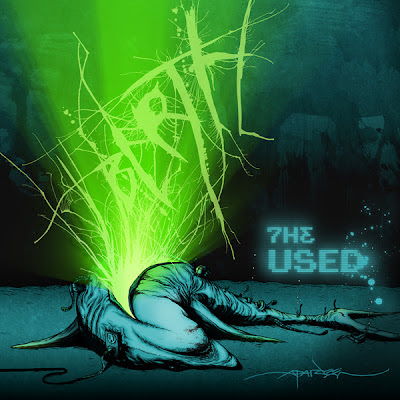 And the full image: 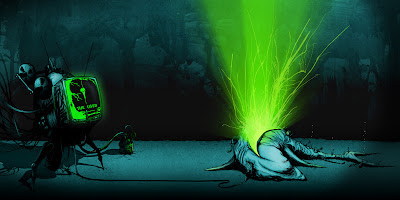 Note: As i have already seen a bunch of complaints about the name "BERTH", look it up before you assume its just a misspelled word.
Regurgitated by alexpardee at 1:03 AM

And all through the house (of Lil jon)

So, yesterday started off routinely enough. Me, waking up not at home after 3 hours of sleep to find out im behind on deadlines, gained another 2 pounds from the del taco and milk binge the night before, realizing there really is not enough time to finish anything in the entire universe, etc, but then somehow, over the next 10 hours, it mighty-morphined into an evening spent at Lil Jon's house in LA (one of many, as he told me he also has houses in Atlantla, and a huge condo in the Palms in vegas. Jerk), and sitting in his recording studio. I can't go into how we ended up there, not beause of anything shady or secret, but because i didn't really understand it myself.
All i can say is this:
Rick Ross of Husltin fame answered the door and let us in.
Before we got there, Nate Dogg and Too Short had just left.
Ciara was coming over tomorrow morning.
I don't know if we belonged there.
His house has 97 bedrooms (i lost count after 8 so im assuming it was 97)
Every room has a TV or 3, and they were all on B.E.T.
He is sponsored by Playboy.
Unless he just likes Playboy enough to have everything in his house playboy related.
He just put in a stripper pole, but hadn't tested it out yet.
We pulled the stripper pole gently, and it moved.
We wanted to camp out and watch the first girl to try it eat shit.
As soon as we got there, he showed us his new light show-thing that moves to sound.
He was very hospitable. Very reserved.
We got fed heaping amounts of Crunk Juice, Coke, and any kind of beer or liquor we wanted.
He played madden on a 90 inch tv with one hand while he worked his drum machine with the other. I don't know if thats standard for grammy winning producers, but it was funny.
I wanted to ask him a bajillion things, but instead we played pool on his playboy pool table and played foosball on his playboy foosball table and drank crunk juice and played with fake million dollar bills that he had laying around, which i think he just did to mock anyone that came over, like us, who fell for it, and stole them anyway, just in case.
His pool is skinny.
His friends were dope.
As soon as we were leaving, I hear Lil Jon say "are them bitches still comin by?".
Damn, we missed them eating shit on the pole.
The end. 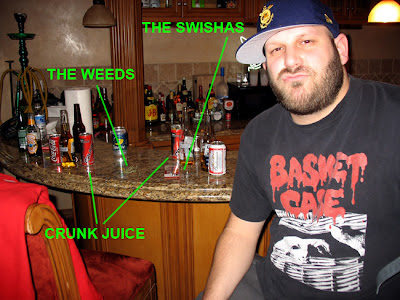 Regurgitated by alexpardee at 12:07 PM

Owl Be the Judge of That 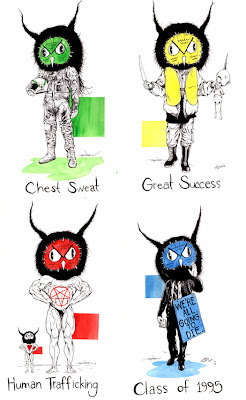 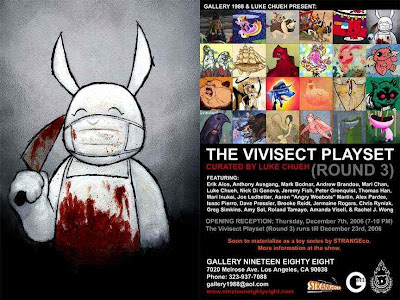 Regurgitated by alexpardee at 12:47 PM